International Union for Conservation of Nature 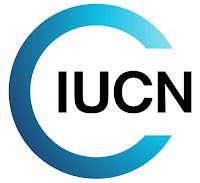 INTERNATIONAL UNION FOR CONSERVATION OF NATURE
By Anton Antonio
January 12, 2016

“The International Union for Conservation of Nature (IUCN) is an international organization working in the field of nature conservation and sustainable use of natural resources.  It is involved in data gathering and analysis, research, field projects, advocacy, lobbying and education.  IUCN’s mission is to “influence, encourage and assist societies throughout the world to conserve nature and to ensure that any use of natural resources is equitable and ecologically sustainable.”  Over the past decades, IUCN had widened focus beyond conservation ecology and now incorporates issues related to gender equity, poverty alleviation and sustainable business in its projects.  Unlike other international NGOs, IUCN does not itself aim to mobilize the public in support of nature conservation.  It tries to influence the actions of governments, business and other stakeholders by providing information an advice, and through lobbying and partnerships.  The organization is best known to the wider public for compiling and publishing the IUCN Red List of Threatened Species, which assesses the conservation status of species worldwide.  IUCN has a membership of over 1,200 governmental and non-governmental organizations.  Some 11,000 scientists and experts participate in the work of IUCN commissions on a voluntary basis.  It employs approximately 1,000 full-time staff in more than 60 countries.  Its headquarters are in Gland, Switzerland.  IUCN has observed and consultative status at the United Nations, and plays a role in the implementation of several international conventions on nature conservation and biodiversity.  It was involved in establishing the World Wide Fund for Nature and the World Conservation Monitoring Center.  In the past, IUCN has been criticized for placing the interests of nature over those of indigenous peoples.  In recent years, its closer relations with the business sector have caused controversy.  IUCN was established in 1948.  It was previously called the International Union for Protection of Nature (1948 – 1956) and World Conservation Union (1990 – 2008).  Its full legal name is International Union for Conservation of Nature and Natural Resources.”  (Wikipedia)

Nature protection and conservation is quite a daunting task especially so when the socio-economic aspects of this particular initiative are not considered.  We have to realize that environmental programs must be holistic since there is a dynamic interplay between living creatures and nature in general… plus the survival needs of man.  This should seriously be considered by the International Union for Conservation of Nature.

Wikipedia, (2015).  “International Union for Conservation of Nature”.  Retrieved on January 12, 2016 from https://en.wikipedia.org/wiki/International_Union_for_Conservation_of_Nature