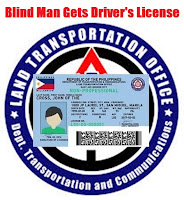 The traffic situation in Philippine urban centers such as Metro Manila, Cebu City, Baguio City and Cagayan de Oro City is not only an economic problem (the manhours lost while our workforce is caught in traffic) but an environmental problem as well (the amount of carbon uselessly being emitted to the atmosphere).  There are already been numerous recommendations on how to solve the traffic problem --- from truck bans to color-coding to odd-even scheme to ride-sharing to barring people (who do not have parking spaces in their homes) from acquiring vehicles.  The last one (disallowing people to buy vehicles), however, may infringe on a right of citizens to acquire property guaranteed under our Constitution.

But what is the primary cause of traffic?  Studies upon studies made seem to point to the following common causes: (1) Inadequate infrastructure; (2) The lack of mass transport systems; (3) Too many new vehicles being introduced to the same road network; (4) Road encroachment; and, (5) A driving culture which is largely offensive and undisciplined.  Item No. 5 (lack of discipline) is caused by drivers and pedestrians alike… and the twisted system by which drivers are able to get licenses even if they do not have the slightest idea of traffic rules and regulations and what driving courtesy is all about.  There are some who are of the opinion that if these undisciplined and unknowing drivers are not given driver’s licenses, this may also be another measure to limit vehicles on the road and ease traffic congestion.

Lately, however, the Land Transportation Office (LTO) will be implementing stricter requirements for the grant of driver’s licences to applicants.  Please read the following researched news item…

Effective middle of next month, the Land Transportation Office (LTO) is implementing its revised rules for drivers’ licenses, with more strict requirements for professional drivers, at the same time rewarding those with no record for reckless driving with longer licenses, as part of its agency-wide reform.  “The revised rules will ensure the fitness and capability of license card holders to drive on the country’s streets. They will also streamline the application process and make it more convenient for the public,” Department of Transportation and Communications (DOTC) Secretary Jun Abaya said.  Next week, the LTO will publish five Administrative Orders (AOs) to take effect 15 days after publication. The orders cover all four types of LTO-issued licenses from professional driver’s licenses or PDLs and non-professional driver’s licenses (NPDLs) to student’s permits (SPs) and conductor’s licenses (CLs).  Significantly, the LTO is imposing higher standards and requirements for professional driver’s license (PDL) applicants to restrict this category to truly qualified drivers.  Specifically, applicants for PDLs to operate light vehicles must have had a valid SP for at least 6 months prior to the application. In cases of heavy vehicles, PDL applicants must have either a valid NPDL for at least 1 year prior to the application, or a valid PDL to operate light vehicles for at least 6 months prior to the same.  At the same time, the agency is tightening its eligibility criteria by disqualifying PDL applicants who have had two or more citations for reckless driving during the validity period of their existing license. This is meant to reward disciplined, law-abiding and orderly driving among would-be PDL applicants.  These restrictions will apply to the four types of PDL examinations: those for tricycles, for light vehicles, for heavy vehicles, as well as for conductors.  For the convenience of applicants, the LTO will begin accepting medical certificates issued by any duly-licensed and practicing physician, instead of restricting these to accredited doctors stationed at LTO offices.  This will allow applicants to have themselves examined by a doctor of their own choosing, at a time and place convenient to them. However, the revised rules require that a medical certificate submitted during application should have been issued no more than 15 days prior. Thus, the LTO will not accept medical certificates which are over 15 days old.  For uniformity, the LTO will provide a Medical Certificate form which will be free of charge and will be available for downloading from the DOTC and LTO websites. It should state, among others, that the applicant is physically and mentally fit to drive, as well as what the condition of his/her eyesight and hearing is.  The LTO will also implement a merit system to encourage good behavior and disciplined driving among license holders. Currently, licenses have a 3-year validity period reckoned from the holder’s date of birth.  Under this new system, a PDL or NPDL holder who has not committed any violation during the 3-year validity period will be entitled to a 5-year validity period for his next license upon renewal. Those with violations will be eligible for the regular 3-year validity period only upon renewal.  LTO will no longer conduct lectures or seminars prior to the written and practical examinations. Instead, the agency will release reviewers containing all possible questions to the public. The reviewers will be given to those who are issued SPs, and will be made available to anyone at LTO offices and on the websites of the DOTC and the LTO.”

This seems to be great news!  Finally, a stricter system is being adopted to make sure that only qualified applicants are issued driver’s licenses.  But wait, here is another researched news item related to the issuance of a driver’s license and emission testing.  Please read…

A few years ago, officials of the Land Transportation Office were left red-faced when a local television station showed how a blind man was able to obtain driver’s license.  Despite the embarrassing episode, fixers at the agency continue to enjoy brisk business.  Most driver’s license applicants prefer to pay bribes rather than go through the hassle of sitting for a written exam on traffic rules and procedures, a practical exam on driving, drug test and a police clearance.  Just pay a fixer 1,200 pesos and within an hour, a genuine license with proper receipt for the driver’s fee of 257.80 pesos and a drug test fee of 250 pesos – will be in your hand.  If you have a million pesos to spare, you can buy permit to operate an emission testing center from corrupt officials at DOTC.  The permit will ensure a constant stream of revenue because all vehicles have to pass an annual emission test before their vehicle registration is renewed.  But many of these centers, vehicle owners simply cough up a bribe and an emission test fee of 300 pesos and the matter is settled.  No need even to take the vehicle down to the center.  Suspension orders for testing centers caught giving emission test certificates without carrying out actual test can also be lifted in exchange for huge bribes – of around 100,000 pesos – to higher-up officials.”

Graft and corruption, which has permeated in the LTO, is nothing new.  It is the same system that allowed a legally blind man to acquire a driver’s license.  Will the Department of Transportation and Communications and the Land Transportation Office be able to sustain a graft and corruption-free program to weed out unqualified drivers and therefore limit the number of vehicles on the road?  Will the DOTC and LTO be able to keep smoke belchers away from the road? Can the DOTC and LTO be effective guardians of air pollution and the environment?  Or will another banner headline scandal happen again… that says: a blind man gets driver’s license.